American Revolution as Extinction and Rebirth 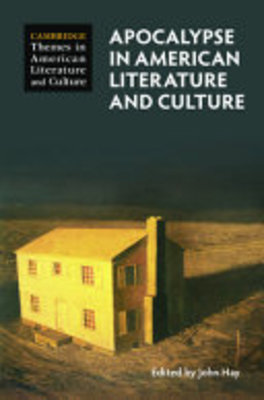 Apocalypse in American Literature and Culture

The idea of America has always encouraged apocalyptic visions. The 'American Dream' has not only imagined the prospect of material prosperity; it has also imagined the end of the world. 'Final forecasts' constitute one of America's oldest literary genres, extending from the eschatological theology of the New England Puritans to the revolutionary discourse of the early republic, the emancipatory rhetoric of the Civil War, the anxious fantasies of the atomic age, and the doomsday digital media of today. For those studying the history of America, renditions of the apocalypse are simply unavoidable. This book brings together two dozen essays by prominent scholars that explore the meanings of apocalypse across different periods, regions, genres, registers, modes, and traditions of American literature and culture. It locates the logic and rhetoric of apocalypse at the very core of American literary history.