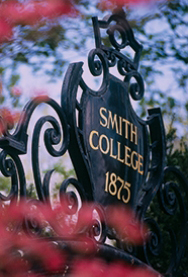 Gothic Beowulf: King Alfred and the Northern Ethnography of the Nowell Codex

Beowulf is preserved in the Nowell Codex, an ethnographic miscellany of five Old English texts on the most distant peoples in space and time known to the Anglo-Saxons. The poem tells of the last king of a lost tribe—the Geatas—once living in southern Sweden, obliterated there long since by their enemies, the survivors forced into exile (or so it is intimated at the end of the poem) through many foreign lands. This rare ethnonym is the most frequently used noun, proper or common, in the entire poem. Beowulf is a poem about Geatas. We can identify five sources of information about this people to which the Beowulf poet may have had access: (1) archaic oral traditions brought to Britain during the migration period in the fifth and sixth centuries; (2) Danish Vikings in the ninth century; (3) Latin ethnic histories, especially the Getica of Jordanes (ca. 551); (4) Frankish vernacular legends; and (5) the statue of Theoderic the Ostrogoth at Aachen (ca. 801), a figure whose ancestors, the Getae, were said to have migrated in ancient times from Scandinavia. The Geates, too, were called Getae in the eighth-century Latin Libor Monstrorum and conflated in the Alfredian copy of the Old English Bede with Eote (Jutes), a people who Bede says occupied Kent and the Isle of Wight, and from whom King Alfred's maternal grandfather Oslac claimed descent and associated with the ancient Goths. Alfred's mother, Osburh, gave him a book of vernacular poetry as a boy that may have included stories of her putative Jutish/Gothic/Geatish ancestors. In addition, Alfred traced his paternal ancestry to Scyld Scefing, the legendary founder of the Danish royal line commemorated at the beginning of Beowulf. Alfred's court at Winchester was a hotbed of dynastic speculation and ethnographic inquiry. It is there and then that an older Anglian poem about Geatas was likely preserved and copied into West Saxon, or a new poem forged afresh in the traditional style from the multiple resources of vernacular poetry, Scandinavian lore, and Latin learning being collected by the king.

This document is currently not available here.

Find in your library