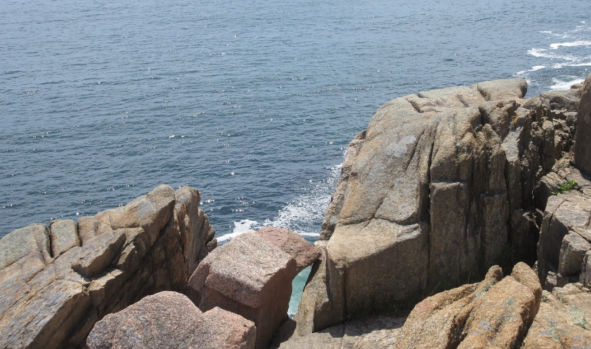 They used the program HABIT@ to build a spatially explicit GIS model of current habitat capability, with specification of habitat needs dictated by expert opinion and literature review. This GIS model also incorporated land-use change in terms of urban growth to simulate potential changes in habitat capability in 2080. Finally, they used presence data to build a prevalence model that predicts occurrence solely on spatial distribution, and thus can capture biogeographic factors like interspecific interactions and disease that can influence species’ distributions. These three metrics [habitat capability, climate niche, and prevalence] are multiplied for each species to determine landscape capability, a composite metric of relative probability of occurrence based on habitat, climate and other biogeographic factors. Landscape capability ranges from 0 – or no habitat – to 1, the best habitat and climate conditions in the Northeastern US. They used these results to map climate change refugia – places where a species’ current and future climate niche overlaps. The landscape capability shown on these refugia maps thus represents how well the 2080 climate supports the species in areas where the 2010 climate was also suitable.

More information on the climate data and species modeling can be found in DSL Project link below, in the “Climate” and “Species Technical Documents”, respectively. A list of which variables were used for each species’ habitat model can be found in the respective species’ documents in the DSL Project link below, in the Focal Species Models section.

There are some important assumptions and caveats to keep in mind when using these data. First, all predictions include changes due to climate, as well as potential future habitat change based on an urbanization model. Furthermore, the models predict where a species could occur, not where a species will occur. By nature, these models cannot necessarily capture all the factors that can influence occurrence. Finally, these results are based on climate data that does not capture or represent the extreme events like storms and floods that are likely to also influence species under climate change.