From Concubine to Activist and ‘Anonymous Founder’: The Role of Networks in Sumiya Koume’s Life 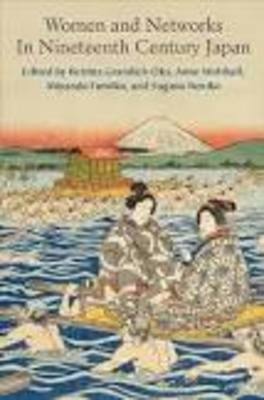 Women and Networks in Nineteenth-Century Japan

Although scholars have emphasized the importance of women’s networks for civil society in twentieth-century Japan, Women and Networks in Nineteenth-Century Japan is the first book to tackle the subject for the contentious and consequential nineteenth century. The essays traverse the divide when Japan started transforming itself from a decentralized to a centralized government, from legally imposed restrictions on movement to the breakdown of travel barriers, and from ad hoc schooling to compulsory elementary school education. As these essays suggest, such changes had a profound impact on women and their roles in networks. Rather than pursue a common methodology, the authors take diverse approaches to this topic that open up fruitful avenues for further exploration. Most of the essays in this volume are by Japanese scholars; their inclusion here provides either an introduction to their work or the opportunity to explore their scholarship further. Because women are often invisible in historical documentation, the authors use a range of sources (such as diaries, letters, and legal documents) to reconstruct the familial, neighborhood, religious, political, work, and travel networks that women maintained, constructed, or found themselves in, sometimes against their will. In so doing, most but not all of the authors try to decenter historical narratives built on men’s activities and men’s occupational and status-based networks, and instead recover women’s activities in more localized groupings and personal associations. Source: Publisher