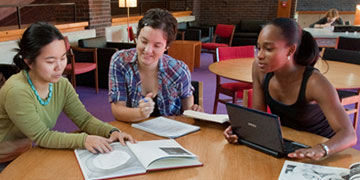 To access this work you must either be on the Smith College campus OR have valid Smith login credentials.

On Campus users: To access this work if you are on campus please Select the Download button.

Off Campus users: To access this work from off campus, please select the Off-Campus button and enter your Smith username and password when prompted.

Non-Smith users: You may request this item through Interlibrary Loan at your own library.

Invasive species cause both economic and environmental problems, and their management is an important but controversial subject. It is important to correctly identify and classify such species so that the surrounding communities are aware of the potential problem. Most invasive species originated as ornamental plants, and, hence, are common and popular species in landscaping. This is particularly important for botanic gardens like the one at Smith College, which keep as well as import many exotic species. I observed the invasive species in and around the Smith College campus, recording the species I saw. I also searched the Botanic Garden’s plant database for invasive species. A large number of invasive species exist in both areas. The path along the Mill River exhibits many patches dominated entirely by a single invasive species, or by several invasive species occupying different niches. There are eight species listed as invasive planted intentionally on campus, and two that persist unaided. Removal of every specimen is impractical and probably unhelpful; the process would energy and money intensive with possible environmental side effects, and the high numbers of invasive species in the surrounding area would keep providing new infestations. Instead, the college should focus on regulating the spread of currently known invasives, and should invest in a system to predict whether a new species has invasive potential. Most importantly, Smith College should educate both its students and the surrounding communities about invasive species, so a more thorough plan can be formulated.