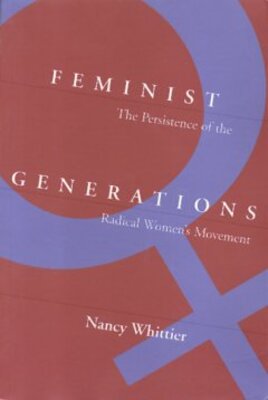 The radical feminist movement has undergone significant transformation over the past four decades—from the direct action of the 1960s and 1970s to the backlash against feminism in the 1980s and 1990s. Drawing on organizational documents and interviews with both veterans of the women's movement and younger feminists in Columbus, Ohio, Nancy Whittier traces the changing definitions of feminism as the movement has evolved. She documents subtle variations in feminist identity and analyzes the striking differences, conflicts, and cooperation between longtime and recent activists.

The collective stories of the women—many of them lesbians and lesbian feminists whom the author shows to be central to the women's movement and radical feminism—illustrate that contemporary radical feminism is very much alive. It is sustained through protests, direct action, feminist bookstores, rape crisis centers, and cultural activities like music festivals and writers workshops, which Whittier argues are integral—and political—aspects of the movement's survival.

Her analysis includes discussions of a variety of both liberal and radical organizations, including the Women's Action Collective, Women Against Rape, Fan the Flames Bookstore, the Ohio ERA Task Force, and NOW. Unlike many studies of feminist organizing, her study also considers the difference between Columbus, a Midwest, medium-sized city, and feminist activities in major cities like New York, San Francisco, and Chicago, as well as the roles of radical feminists in the development of women's studies departments and other social movements like AIDS education and self-help.

In the series Women in the Political Economy, edited by Ronnie J. Steinberg. Source: Publisher