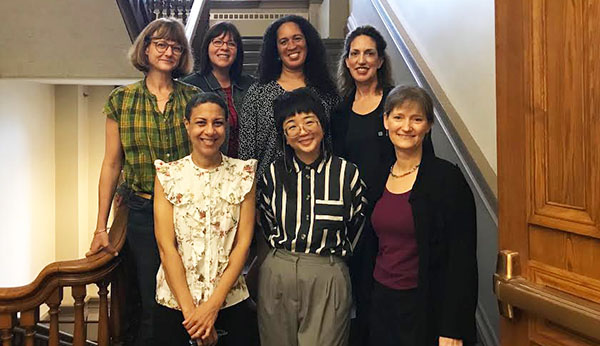 The twentieth century was marked by national liberation struggles that emerged in Africa and Asia, as well as in Latin America where neo-colonial structures had subordinated the formally independent countries. The achievements of the Russian Revolution in 1917 inspired the peasantry and the working class across the Global South. The fight for equality and liberation under the leadership of working people are ongoing in the anti-imperialist struggles of our time. Women, in a myriad of ways, powerfully shaped and continue to shape all of these struggles.

In the Women of Struggle, Women in Struggle series of Tricontinental: Institute for Social Research, we will present the stories of women in struggle who contributed not only to the wider arena of politics, but who also pioneered the establishment of women’s organisations, opening up paths of feminist resistance and struggle throughout the twentieth century.

In this second study, we discuss the life and legacy of Kanak Mukherjee, a fighter for the people and people’s struggles who was born in undivided Bengal, India, in 1921. The rich trajectory of her activism teaches us about the history of women organising in local, national, and international struggles that linked women’s rights to anti-imperialist and anti-capitalist struggles throughout the twentieth century. In Mukherjee’s own words: ‘We cannot see the question of women’s rights in isolation. The roots of women’s subjugation and the discriminations against them lie in class exploitation’.

Second in a series of studies from: Tricontinental: Institute for Social Research