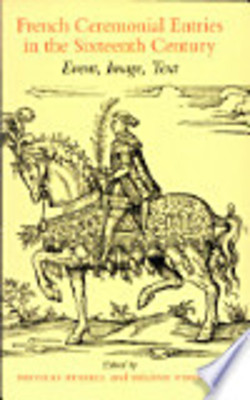 Center for Reformation and Renaissance Studies/Essays and Studies 7

The articles included in this volume use a variety of disciplinary approaches to examine each in its own way the interpretation of texts and archival documents that give accounts of French ceremonial entries in the sixteenth century. By their very nature, ceremonial entries require an interdisciplinary approach: they bring together a number of artistic media such as music, architecture, and literature, as well as a range of political concerns including international diplomacy and the relations between urban and royal power. Few cultural constructs offer such rich and varied terrain to the student of sixteenth-century France.