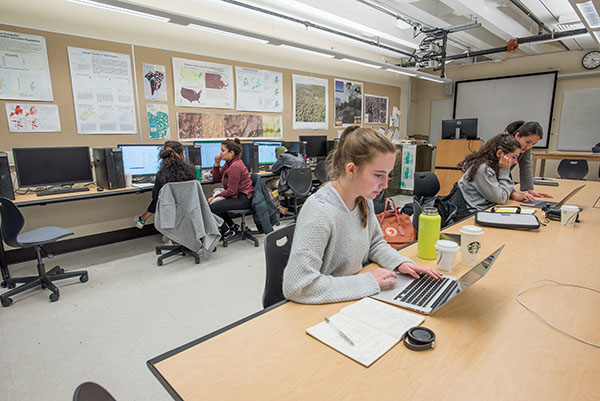 CurvedLand is an applet for showing what the world would look like with different geometry. It is named CurvedLand in tribute to the science fiction novel, Flatland, by Edwin Abbott, which describes the adventures of a two-dimensional being who is visited by a stranger from the third dimension.

One of the central ideas of Einstein's theory of relativity is that space and time curve in response to the matter and energy within them. A curved space is one that doesn't obey the usual laws of Euclidean geometry: the angles of a triangle don't generally add up to 180 degrees, the circumference of a circle isn't pi times the diameter, parallel lines can either converge towards each other or move apart, and so on.

Since the geometry we observe is very close to Euclidean, however, it is hard for most of us to picture what this difference would mean physically. If you draw a circle and a diameter, how could the ratio be anything other than pi? To answer this question, imagine that as you move around in space the shapes of objects appear to distort. This is what happens in curved space. If you draw a circle around yourself and then start walking around it to pace out the circumference, it will look to you like you are walking along a constantly changing ellipse.

Link to Resource
Find in your library